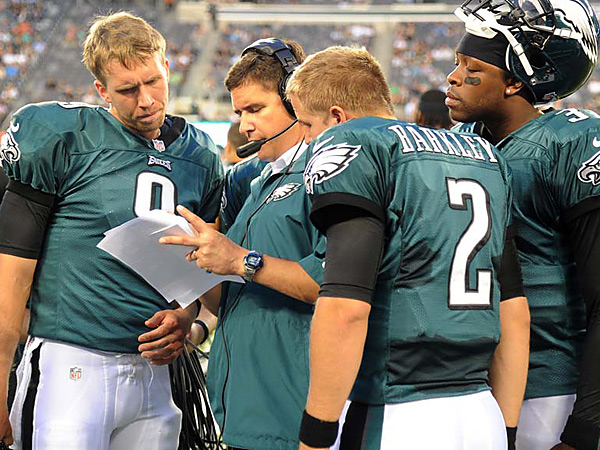 Bill left his position with the Philadelphia Eagles as QB Coach to become Miami’s Offensive Coordinator.  In Philadelphia he received credit for the success that Nick Foles (Pro Bowl, 22TDs, 2INTs) had this season filling in for the injured Michael Vick.  He will now be asked to do the same with Ryan Tannehill.

In Bill Lazor’s tenor in the NFL he has had the opportunity to work with some of the best minds around including Mike Holmgren, Joe Gibbs and more recently Chip Kelly.  This should get you excited.  On the surface this seems like a great hire and fit for Joe Philbin and the Miami Dolphins as Bill Lazor shares the same offensive philosophies as HC Joe Philbin.

Lazor’s next step will be to setup an offensive scheme to bring the once proud Miami offense back into the forefront.

News from around the NFL